$15/h for Everyone: What All Businesses Should Know About the Alberta Minimum Wage Increase

Home » $15/h for Everyone: What All Businesses Should Know About the Alberta Minimum Wage Increase

$15/h for Everyone: What All Businesses Should Know About the Alberta Minimum Wage Increase In a move that has been celebrated by workers across the province, October 1, 2018, the Alberta minimum raised to $15/h. Unsurprisingly, low-income workers have rejoiced at the news.

But not everyone is reacting with enthusiasm.

Many Alberta small business owners are worried that the change could have a negative impact on their business.

With supporters and detractors continuing to debate on the news and through social media, it can be hard to get to the facts of what this will mean for small businesses.

In this article, we’ll try to cut through the talking points and look at both sides of the coin to see just how the minimum wage hike will affect your business.

Who Earns the Alberta Minimum Wage?

Opponents of increasing the minimum wage often point to the type of people who work minimum wage jobs. Usually, they point to part-time, teenage workers living with their parents. But if we look at the statistics, the numbers don’t reflect this picture.

15-19-year-olds only make up 26.2% of minimum wage recipients. 51.1% of minimum wage workers work full-time. 79% are in permanent jobs. In fact, over 60% of workers making minimum wage have been there longer than a year. As it sits currently, 37% of Albertans earning less than $15/h are parents themselves.

Many opponents point to all of the small business owners who will be hurt by a minimum wage hike. But in reality, 51% of minimum wage employees work for companies of 100 people or more — we know that a majority of small businesses pay their employees very competitively to retain talent.

One of the biggest problems business owners face is employee turnover. Replacing a single worker can cost as much as 33% of that worker’s salary. And that cost doesn’t include the inter-personal struggles of integrating that person into the workplace culture.

For a company to run smoothly, they need to retain valuable employees.

One of the biggest reasons that employees look for a new job is because of financial stress. Their job doesn’t pay enough to cover all of their expenses.

With a $15/h minimum wage, workers across Alberta will feel less financial pressure. This could mean that you’re employees feel more financially secure, and then they’re less likely to jump ship.

The Higher Wage Could Push Up Wages Across the Board

In only 4 short years, Alberta’s minimum wage has gone from the lowest to the highest in the country. For many small businesses owners, this is a concerning rate of cost increase, and the concern is that it doesn’t only affect those businesses that pay minimum wage.

Many businesses across the board are feeling the effects. Because the minimum wage is the floor, this changes the mindset for people who may have been making $16/hr — now they’re feeling like they are almost being paid minimum wage. This, in turn, can increase pressure on businesses to raise wages for those making anywhere between $15-$25/hr.

Small businesses have heart, and they’re at the heart of our provincial economy. One concern that has been raised is that there are a lot of increased costs being placed on businesses because of regulation and legislation — from the carbon tax to the minimum wage.

Ultimately, there is a lot of uncertainty about what the minimum wage hike could mean for both businesses and employees and we won’t know the full effect for a few years.

Many small business owners look at a minimum wage increase and think that it will simply lower their profits. They have to spend more money paying their employees, so their bottom line will take a hit.

But on the flip side, when businesses have increases costs, those increases are generally reflected in their pricing.  This could mean that although consumer spending is going up, purchasing power is actually staying the same, or even declining.

Running a small business is hard work. Unlike large corporations, you’re not bringing in millions in profits every year.

But despite lower profits, small businesses matter a lot for the economy. In 2014, businesses with fewer than 100 employees contributed to 32% of Alberta’s GDP.

A minimum wage increase is a bigger burden on small business owners than on large corporations. Especially when you have to deal with the same tax rate as those corporations.

But there are some changes in the tax law that can help ease that burden.

If your company makes less than $500,000 in profits per year, the Small Business Deduction could bring your tax rate down to 9%. This could save you as much as $7,500 per year, which will make higher wages much more manageable.

This increase in the Alberta minimum wage might bring some short-term challenges, and it could cause some pain, but some statistics suggest that it will also bring improvements. Ultimately, we’ll have to wait and see.

One big thing that can help keep great employees is to provide benefits plans to help quell some of the uproar on minimum wages and wage increases across the board. Want more information about how to make sure your employees are taken care of with benefits plans that are proven to impact employee satisfaction and retention? Read this article about choosing the best group insurance plan. Six Tips For Boosting Wellness In Your Workplace 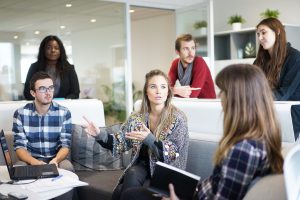 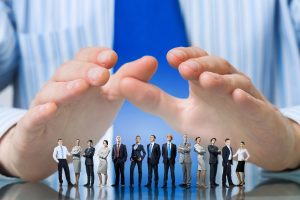 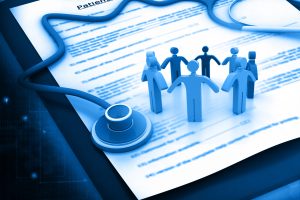